4 Successful People Who Made a Late Career Change

It's Never Too Late To Change Careers. These 4 People Prove It.

At 34, left behind a successful career as a Defence Attorney. He went on to become one of the most renowned classical singers in the world.

At 36, Julia Child abandoned a career as a CIA Intelligence Agent to become one of the world’s foremost experts on French cuisine. She published her first best-selling cookbook at age 50.

At 40, Vera Wang left behind a dual career as a Figure Skater and Journalist to become a world-leading Fashion Designer.Andrea Bocelli

All of these people have one thing in common. They decided to take the leap and make a change to better their lives. They didn’t necessarily chase the money, but by doing what they love, they all ended up better off.

It can seem like a ridiculous choice. You’re in your 30’s, 40’s, and even your 50’s. You’ve spent decades developing the skills you need to stand out in your industry. You’ve got a career, and you’re comfortable.

Yet, something isn’t right. You’re not satisfied. There’s something more out there.

Entering into a whole new area of work can be immensely rewarding, both personally and professionally. It’s never too late to switch careers and pursue the fulfilment you deserve. These four people prove that.

Naomi Simson
From Corporate Marketer to Founder and CEO of RedBalloon

‘Once you find your true sense of purpose, you’ll never work another day in your life. I haven’t “worked” for years.’

Naomi Simson was living the corporate dream. A high flying job with competitive pay and huge responsibilities. However, it didn’t provide the things that Naomi needed in a job – flexibility and fulfilment.

With a few thousand dollars, a second-hand computer and a dream, RedBalloon was born.

Today, RedBalloon is rapidly approaching a $100 million valuation and has made a huge impact on the way Australians give gifts.

Naomi is the absolute proof that with passion and dedication, anyone can reach further and higher than their humble beginnings should allow.

Reid Hoffman
From Fujitsu Product Management to Co-Founder of LinkedIn

‘I thought I knew what I wanted to do. I was wrong. It even took me 15 years to realise what I was doing had a name… entrepreneurship.’

Reid Hoffman’s early career plans were to become a professor and public intellectual. Throughout his life, his career path twisted and changed direction many times. In 1994 he joined Apple, then moved on to Fujitsu to further develop his skills.

At the age of 36, Reid realised he could do more with his life. He started LinkedIn and took it public in 2003 at the age of 41. Along the way, some clever investments (including a stake in PayPal) led to Reid earning a spot at #341 on the list of the richest people in the world.

‘I had to lose everything I owned before I was capable of running a business the right way.’

Gary Heavin dropped out of college to start his own gym. With very limited business knowledge, but a drive to succeed, he became a millionaire at the age of 25. His aggressive expansion tactics led to him declaring bankruptcy at age 30. He lost his house, his cars, his airplane and had over $5 million in debt. He ultimately spent three months in jail because he couldn’t pay child support.

However, it wasn’t over for Gary. At the age of 40, he picked himself up and had another go. With his new partner, Gary launched Curves Fitness Centre, which quickly became one of the world’s largest growing franchises.

Jimmy Wales
From Research Director to Co-Founder of Wikipedia

‘While a lot of young entrepreneurs think they can do it all themselves, there’s a lot they will miss without the over 35s.’

Jimmy Wales started his career chasing money. He studied finance before dropping out of his doctorate degree and working at a financial services firm.

However, he always wanted more. Jimmy saw the immense opportunity that the internet represented and built an initially unsuccessful startup that ultimately progressed into the world’s largest open content encyclopaedia, Wikipedia.

It's never too late.

Great change starts with a decision to change. If you want greater fulfilment in your own life, you’ll need the skills required to get there.

Contact us today to discuss your options. It’s never too late to do the right thing for yourself.

Aspiring for something bigger? Get more out of life with the career change you want. Call 1300 616 197 today.

Get in touch with us today. 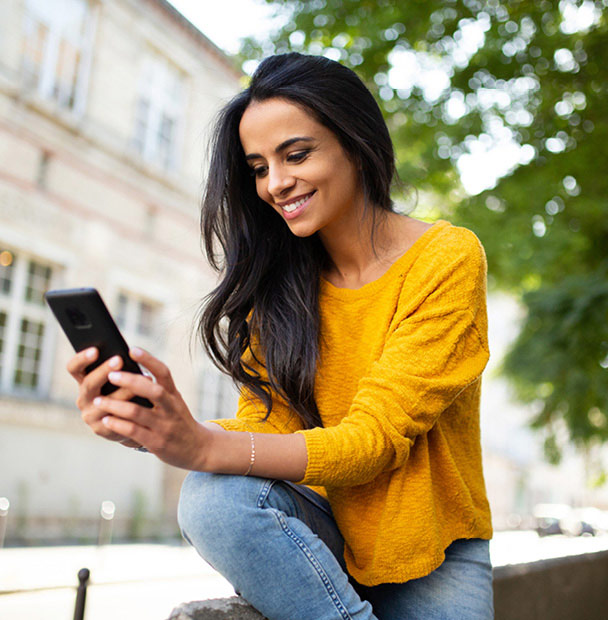